The first legal claim that suspended Amazon sellers may have against a brand that made a false counterfeit complaint is defamation. Again, the laws surrounding defamation vary from state to state but using New York as an example, defamation is a false statement, published to a third party without privilege or authorization, with fault amounting to at least negligence, that caused special harm or defamation per se. [1]

Defamation Per Se is where the false accusation is that you engaged in a crime, like knowingly selling counterfeit goods.

The basic factors pertaining to suspended Amazon sellers who received false complaints that they were selling counterfeit products is:

The second legal claim suspended Amazon sellers have when brands make false complaints that you sold counterfeit goods is tortious interference with contract.

The legalese for claims of tortious interference with contract is that the claim is established when “a valid contract existed which a third party knew about, the third party intentionally and improperly procured the breach of the contract, and the breach resulted in damage to the plaintiff.” [2]

When we break down the elements of the legal claim for suspended sellers who received false complaints that they sold counterfeit products, it is as follows:

Suing the NFL for Baseless Complaints

Have you been falsely accused of selling counterfeit products?

You may be entitled to significant damages.

If you are selling on Amazon and have been falsely accused of selling counterfeit products, WE want to talk to YOU.

We have lots of content about false counterfeit complaints made against sellers. See more below:

Has an Amazon suspension destroyed your business? The solution is here. We have hundreds of happy client reviews and many reinstatement successes. 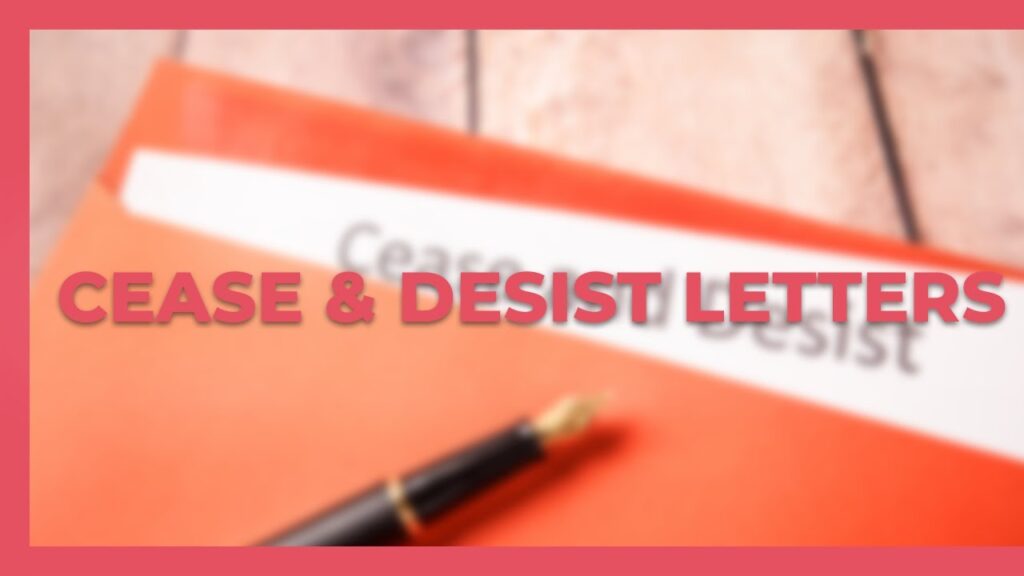 AMZ NEWS: Increase in Cease & Desist Letters for Amazon Sellers Hi, everyone. My name is Alexa Alers. I’m a paralegal at Rosenbaum Famularo, PC and today I wanted to talk about a continuing trend I’ve been seeing happening with some of our clients. Getting cease and desist letters are 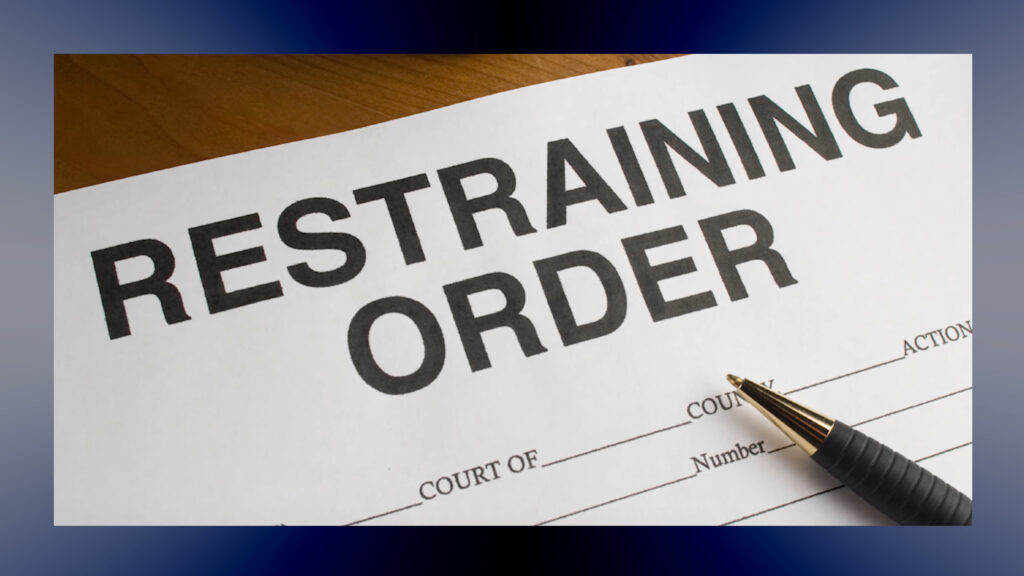 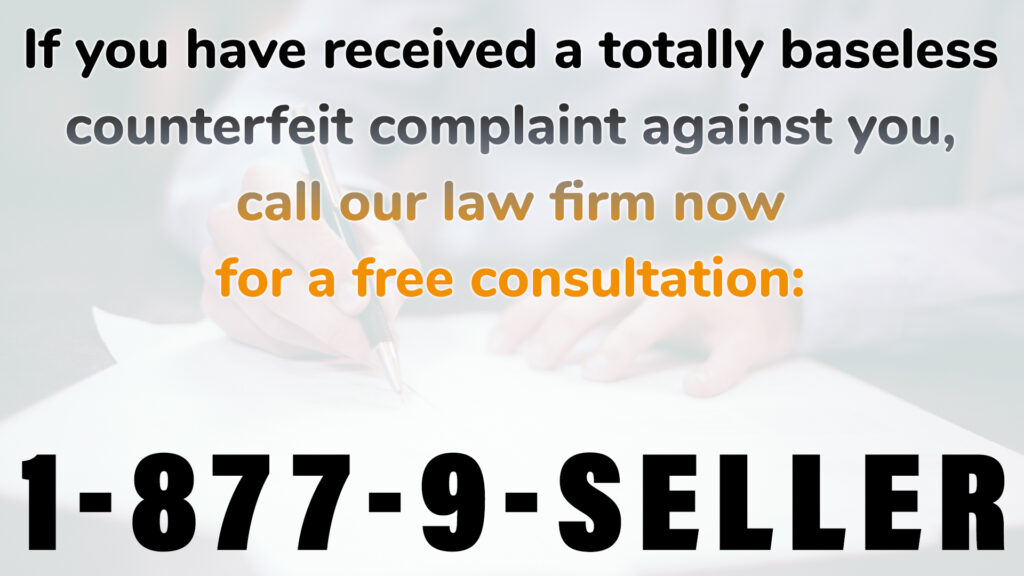 Baseless Counterfeit Complaint against an Amazon Seller If you have received a baseless counterfeit complaint, if somebody else has alleged that you’re engaging in the trafficking of counterfeit goods, and in fact your product is truly genuine – you might have a cause of action for defamation. There may be 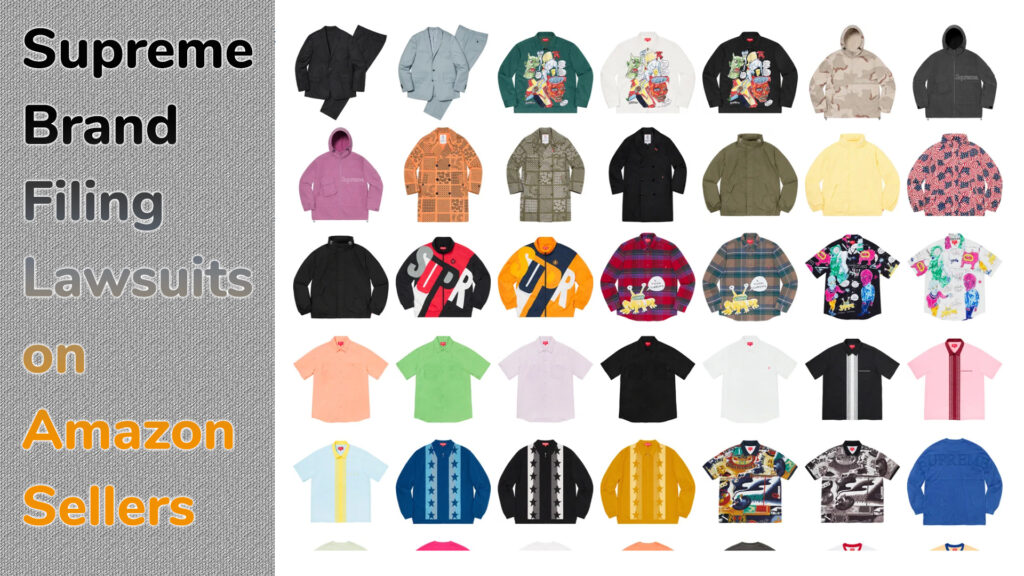 Supreme Brand Filing Lawsuits on Amazon Sellers for Selling Counterfeit Products Good afternoon, Amazon sellers. My name is Jacques, a paralegal at Rosenbaum, Famularo, PC. I’m here to talk to you about brands that file lawsuits against sellers – more specifically, with the brand Supreme. Supreme is well known for 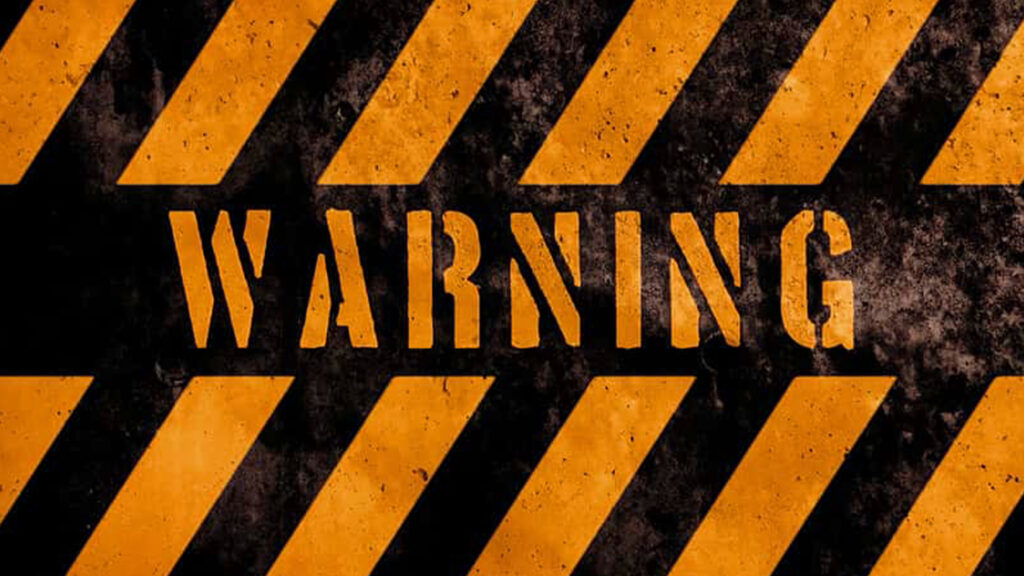 What to do if you receive a price warning / alert from Amazon. How pricing strategies are affecting sellers with Anthony Zhang from Amazon Sellers Lawyer. So, Amazon has been trying to play ‘the good guy’ during this Coronavirus pandemic by keeping essential products’ prices low. These are reflected in

Temporary Restraining Orders (TROs): How to Resolve & Get Reinstated on Amazon

Temporary Restraining Orders (TROs): How to Resolve & Get Reinstated on Amazon Temporary restraining orders (TRO) are usually sent by a brand to stop sellers from selling products that the brand feels they’re not authorized to sell on the Amazon platform. When you receive these orders, it is important to 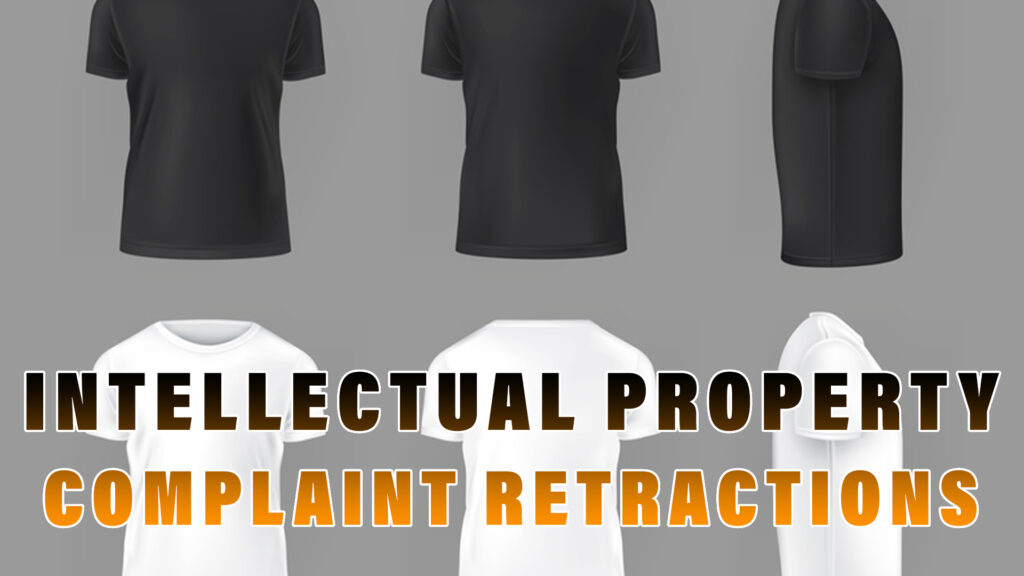 How to get IP complaints off an Amazon seller account, Price Gouging on Amazon, Amazon Shipping Suspensions, RetailMinded.com.

Amazon Sellers Lawyer Insider Information: How to get IP complaints off an Amazon seller account, Price Gouging on Amazon, Amazon Shipping Suspensions, RetailMinded.com. Address IP complaints as they come in, whether your account is down or not, whether it’s just a listing suspension or not… As soon as you receive 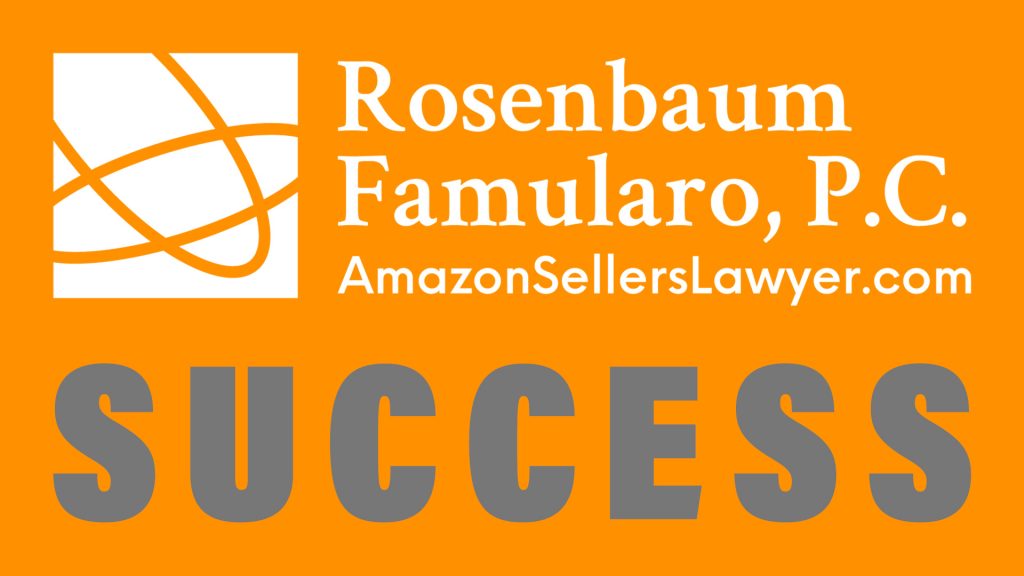 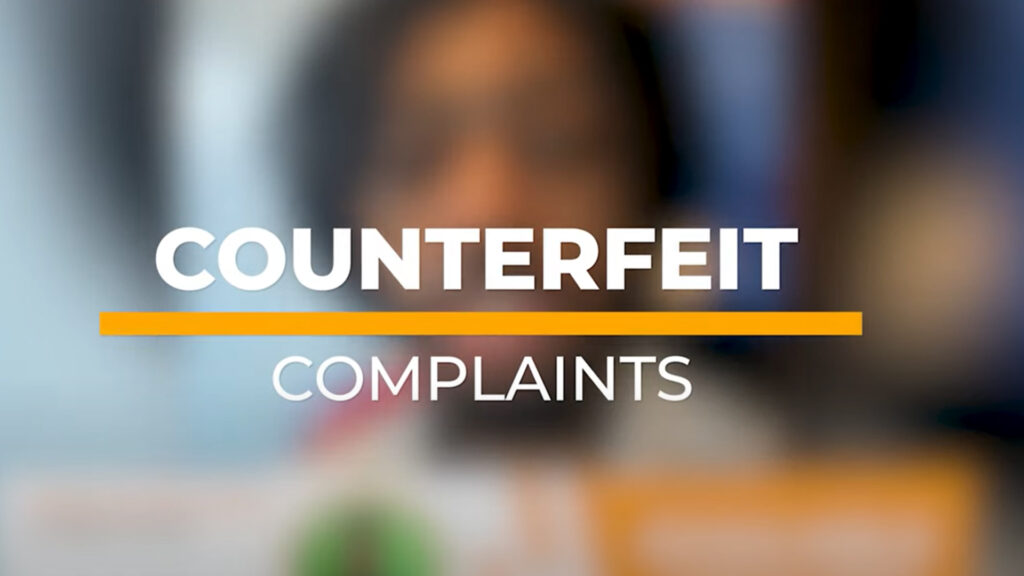 Amazon counterfeit complaints when putting generic products on branded listings. Jacques, paralegal at Rosenbaum Famularo, PC, the law firm behind Amazon Sellers Lawyer, talks to you about selling generic products on a brand name listing. Sellers should check the listing they are thinking of hopping on. If a seller is 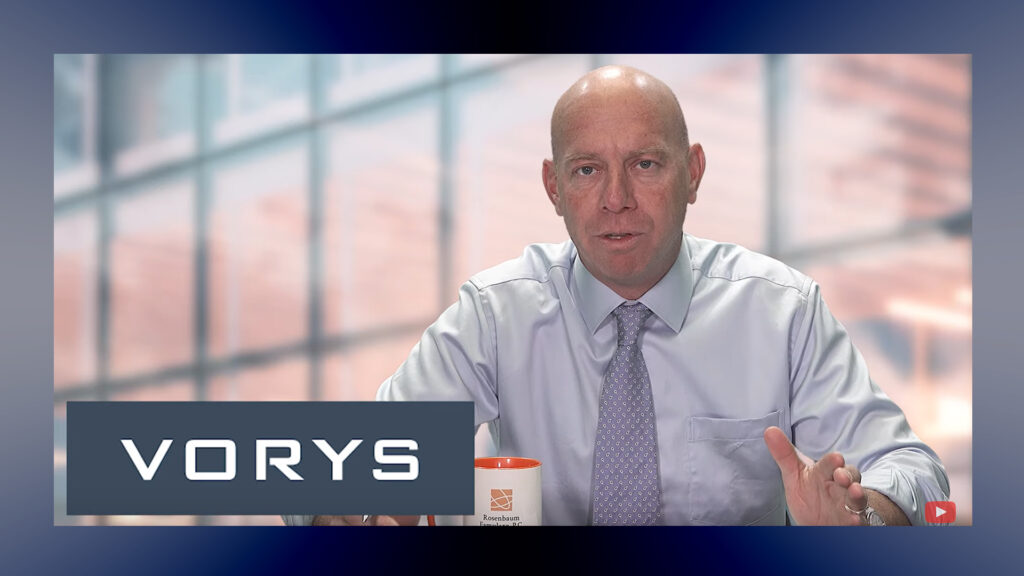 AMZ INSIDER INFO: PRICE GOUGING on AMZ Horror! We write the best Plans of Action for suspended Amazon sellers, Vorys law firm getting aggressive with sellers, Plans of action for listing & account suspensions. My name is CJ Rosenbaum. I’m one of the two founding partners of amazonsellerslawyer.com. Me and 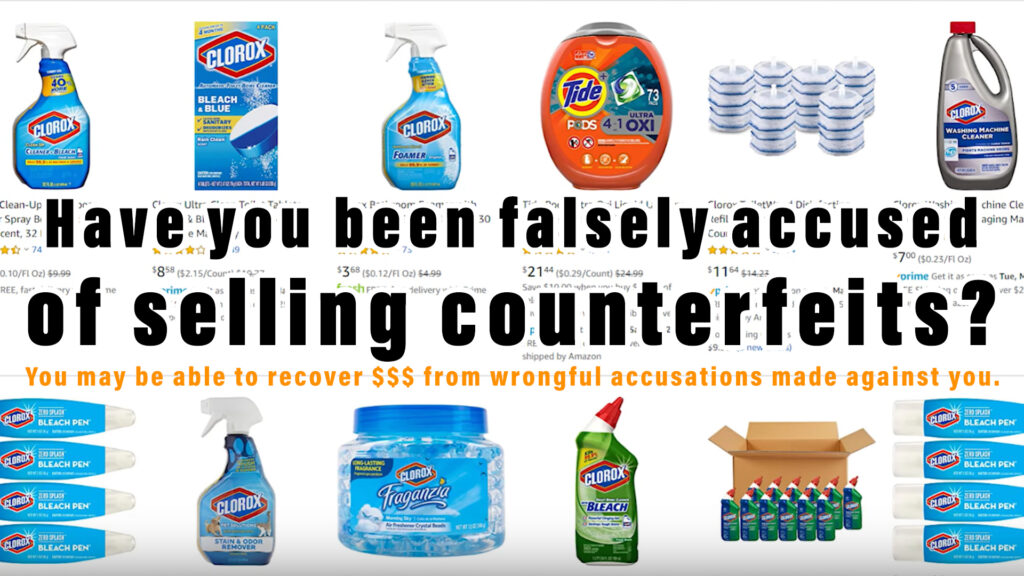 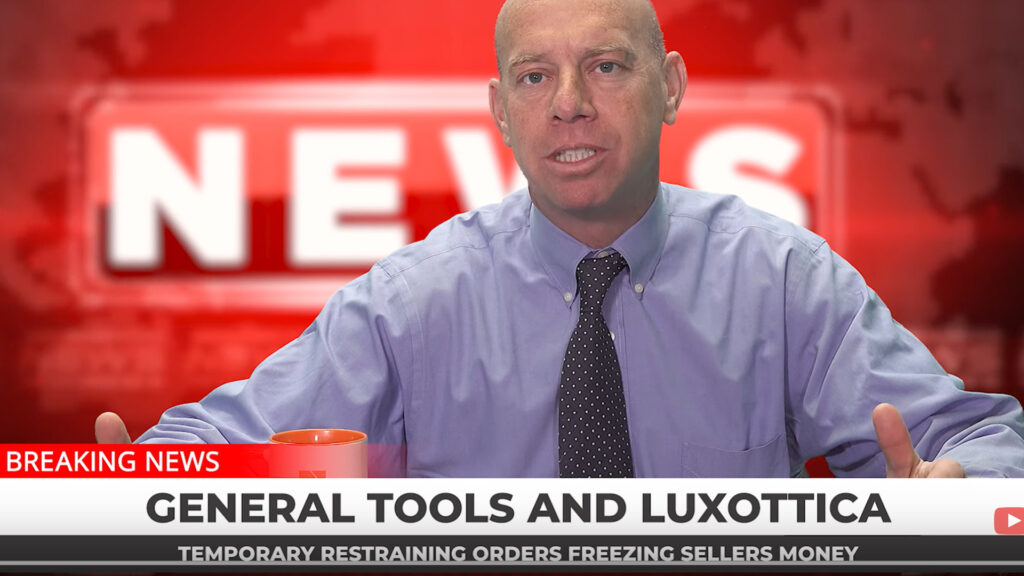 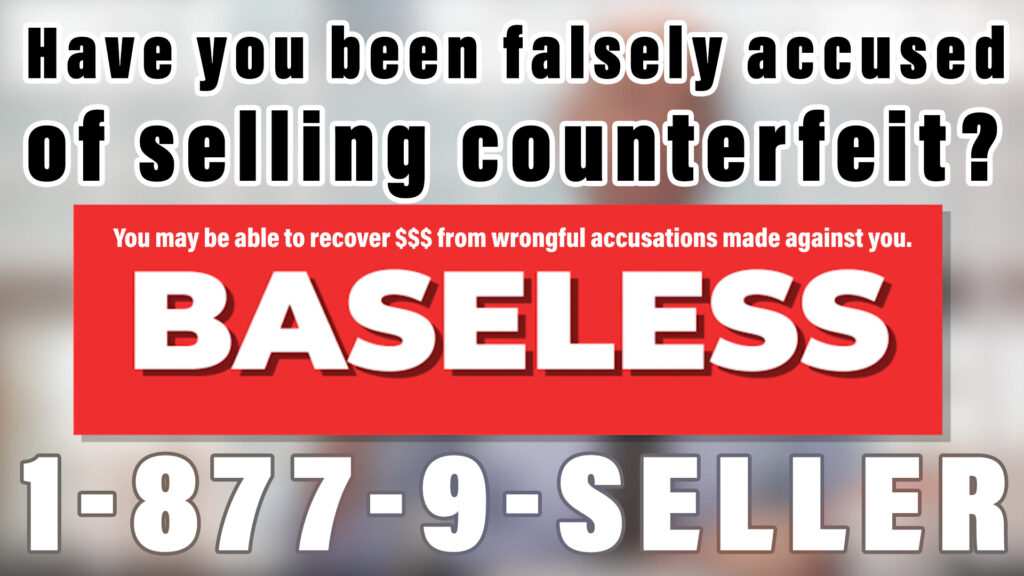 Have you Received Baseless Third-Party Complaints on AMAZON?

TEMPORARY RESTRAINING ORDERS for Third-Party Amazon Sellers An increasing number of temporary restraining orders are being issued mostly by the court in Chicago, the northern district of Illinois, and the brands Agrarian, Luxotica, and General Tools are back at it, hurting sellers all over the globe. This is the way 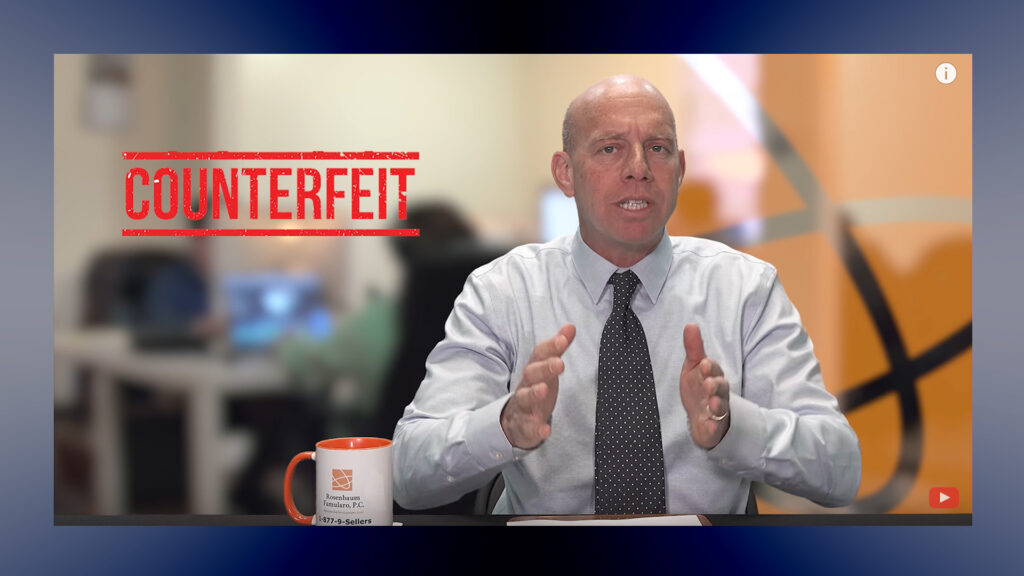 AMZ Insider Info 2/27/20 with CJ Rosenbaum: Expanding internationally as a seller, Gray market vs counterfeit goods, Vorys letters, Luxury brands accusing you of selling counterfeit products when you are not. If you have questions or concerns about any topic at all, call this number 1-877-9-SELLER and you can speak 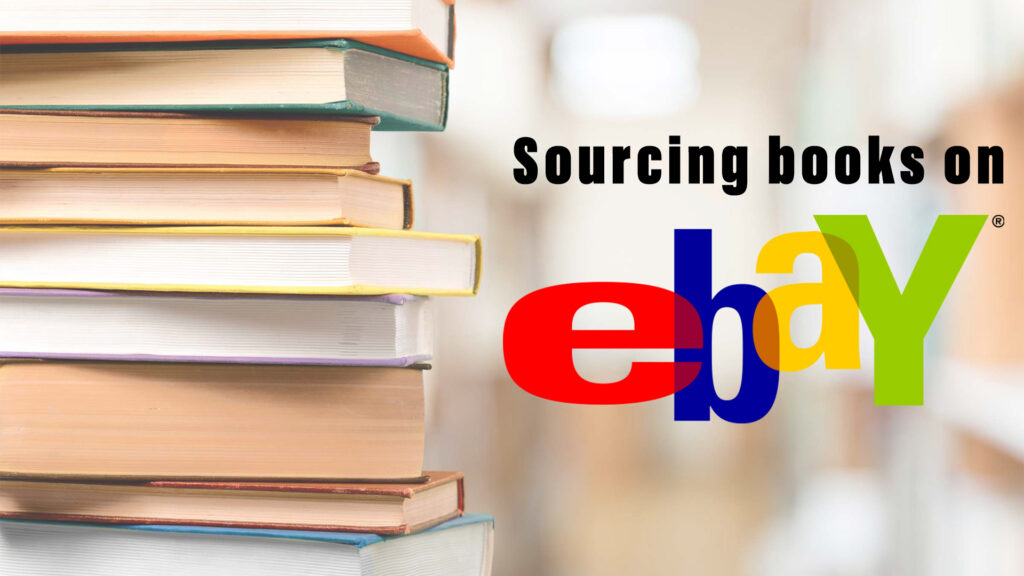 Book Sellers on Amazon: Sourcing Books on eBay If you’re a bookseller on Amazon (whether it’s novels, textbooks, used or new), many of you source your products on eBay. In this video, we’ll be talking about some of the issues that you face as a bookseller if you’re sourcing on 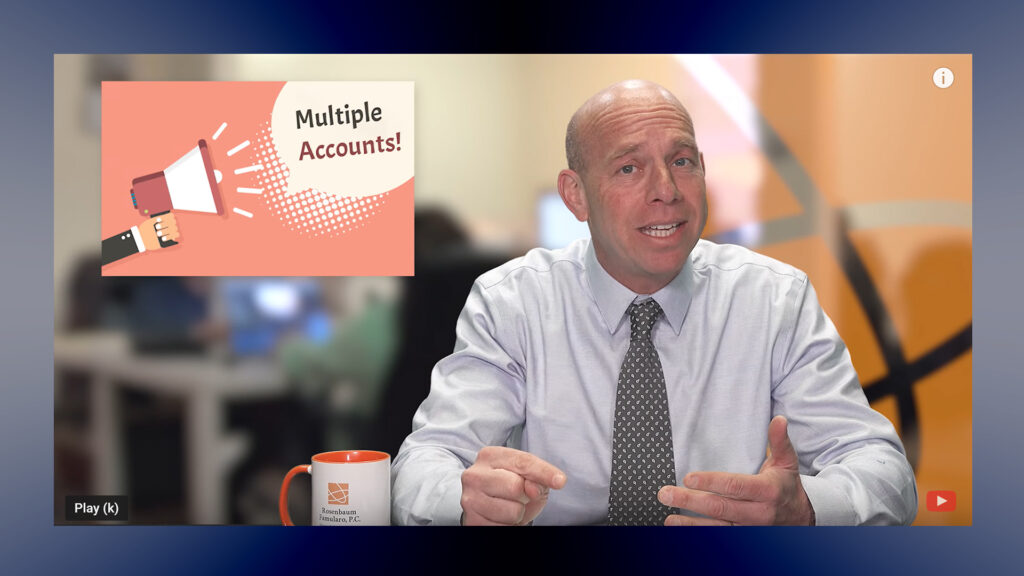 AMZ Insider Info 2/26/20 with CJ Rosenbaum: Inauthentic suspensions due to handwritten invoices, Related accounts suspensions are increasing rapidly – make sure you are not using the same contact info. with each account, Copyright complaints are on the rise against Amazon sellers – they almost always have to do with 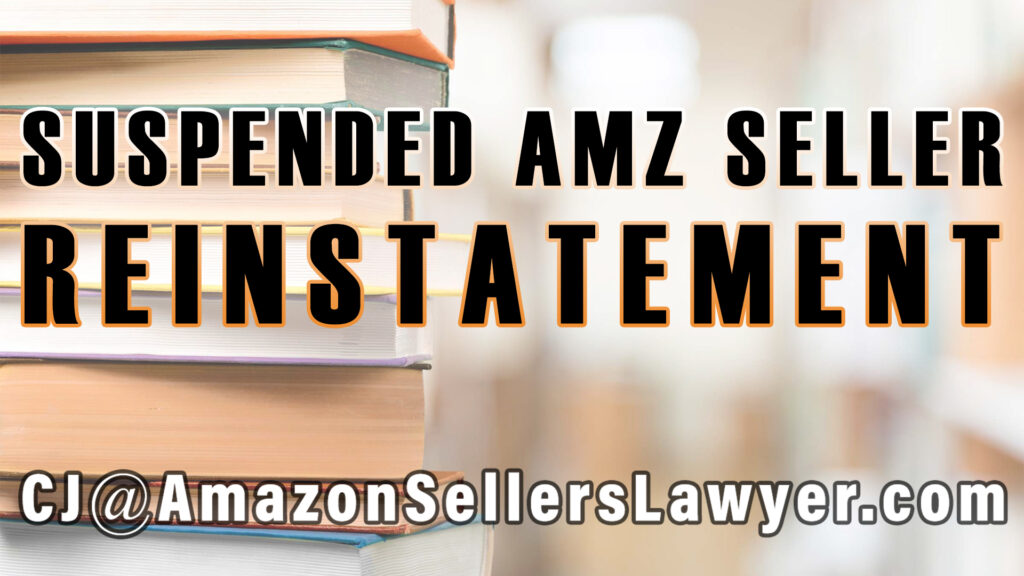 Book Sellers on AMZ: Drop Shippers Selling Used Books & Solving Invoice Issues Being a drop shipper on Amazon is a lucrative business idea, but it also comes with its drawbacks and potential hazards. Drop shipping is always challenging, whether it’s books or other products, because you tend to not 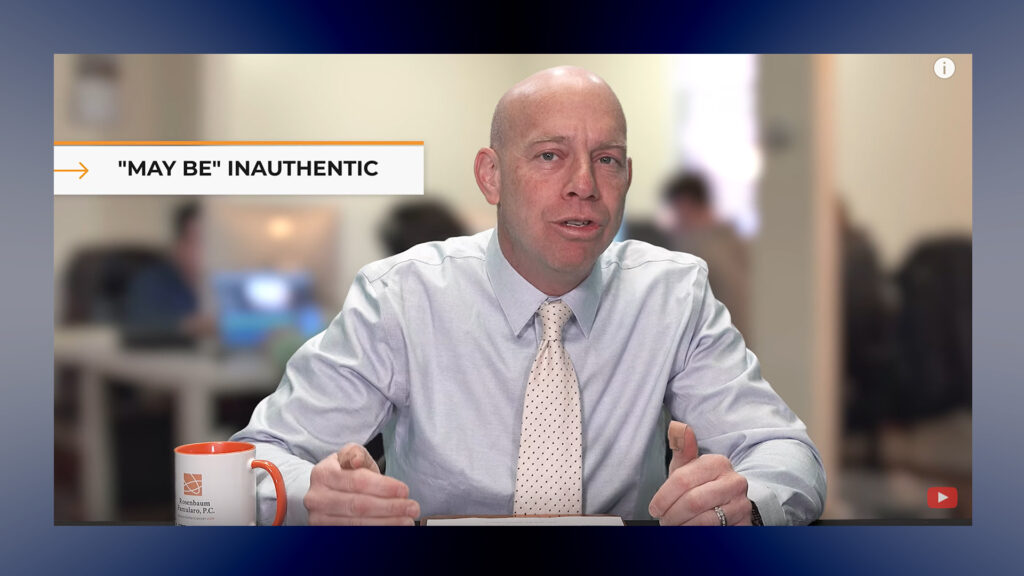 AMZ Insider Info 2/24/20 with CJ Rosenbaum: Consumer Returns causing Used Sold as New suspensions: it’s not your fault as a seller, but you still have to deal with it, Dramatic Increase of May Be Inauthentic Complaints against New Sellers: show that your products are 100% genuine and where you 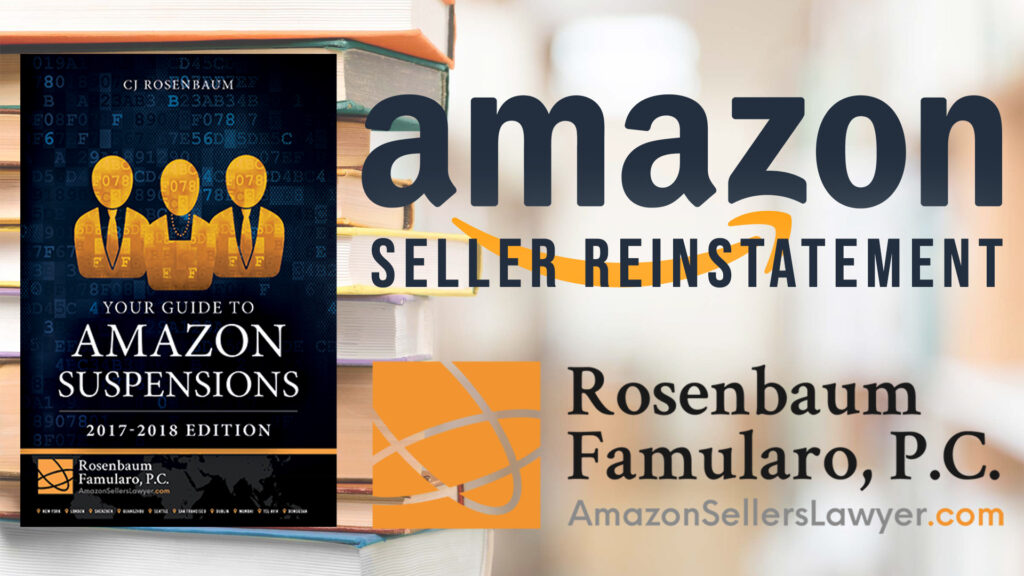 Book Sellers on AMZ: How to Handle Correspondence from O+Z Law Firm

Book Sellers on AMZ: How to Handle Correspondence from O+Z Law Firm How to handle correspondence from the O+Z law firm. We have a bunch of clients selling books on Amazon and inevitably, end up getting some type of notification from Amazon that O+Z law has filed an intellectual property 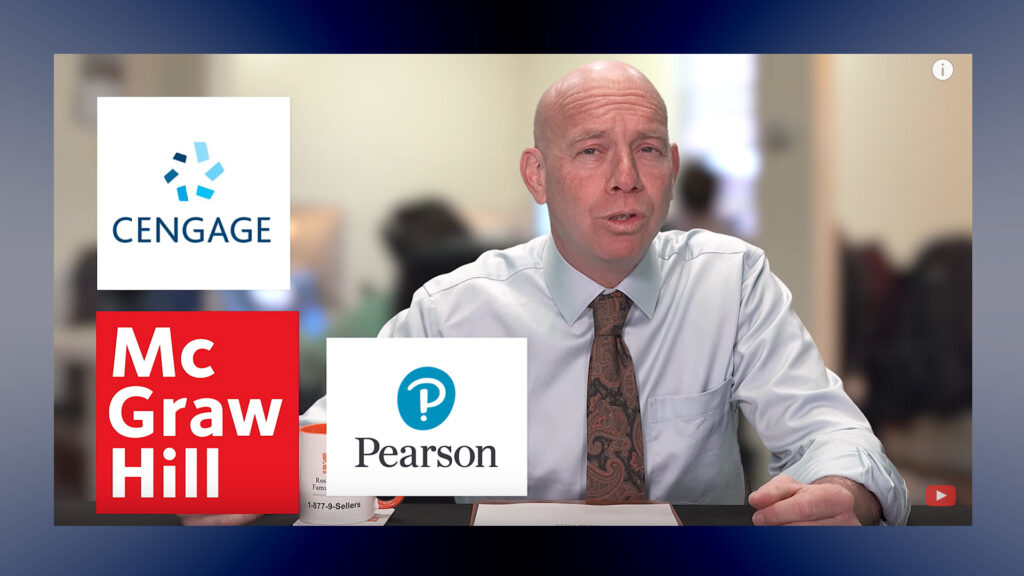