What Challenges Do Internet Retailers Face?

Sure, participating in the FBA program solves many of the challenges facing traditional Internet retailers. Order management, warehousing and shipping to different customers are just a few of the benefits.

Despite the many advantages, FBA sellers still have their own unique set of difficulties – in particular, knowing what (and how much) to restock. In this post, we’ll discuss these problems and propose a few remedies.

The Restocking Woes We Hear Most Often

Our team at eComEngine has been helping Amazon merchants for close to a decade. (We first opened our doors in 2007, only a few months after Amazon.com, Inc. launched its FBA program.) During that time, we’ve had the opportunity to help thousands and thousands of sellers become more efficient.

Achieving this goal is only possible, however, by listening closely to our customers’ needs and designing intelligent solutions.

Our Customer Success Team is therefore always eager to listen when sellers share their challenges.
When it comes to inventory management, the following are challenges we have heard about from FBA merchants.

Although the Seller Central dashboard provides a relatively convenient user experience, many merchants still struggle to keep everything organized and focused on profitability.

As a result, some merchants create complex spreadsheets, pivot tables and charts. This is especially true when it comes to tracking profitability and estimating future demand. Amazon does allow you to export an All Orders Report, containing a variety of data such as SKU, ASIN, price, quantity and other details. FBA merchants also gain access to a number of business analytics reports and even inventory restocking advice. Sellers can access this type of data and use it as they see fit.

While this approach can certainly offer valuable insight, it’s still not ideal for most growth-minded merchants. For starters, many sellers simply don’t have time to create profit analysis reports from scratch. Even if they had the time, some would not possess the technical savviness to accurately synthesize the data. For larger merchants with thousands of SKUs, this process could require a significant combination of human and technological capital. Worst of all, once the data is formatted into a useable format, it’s often outdated before any meaningful decisions are made. And even with the right information at hand, you still have hundreds of POs and supplier shipments to manually organize.

Thankfully, Amazon also makes order (and other) data available through its Marketplace Web Service API. This allows for a free exchange of data between your Amazon account and third-party applications. Several technology companies have developed services that help sellers leverage this data.

For example, after closely studying the needs of FBA merchants, we decided to introduce RestockPro in 2014. Our goal with this product was to custom-tailor a solution that would help FBA merchants. We wanted to provide sellers with action-oriented information, while saving them time and money.

By using a third-party inventory analysis tool, such as RestockPro, sellers gain a number of benefits. These include:
● Amazon order data is automatically imported, bypassing the need for manual exports
● Supplier information, order history and margin data is organized in a centralized location
● Restocking actions are recommended to the seller, instead of the seller figuring out what to do next
● Market intelligence (such as rank, competitor pricing and Buy Box data) is instantly accessible for each SKU

With this type of information, sellers can make more intelligent restocking decisions with less effort.

Take Control of Your Restocking Woes

Technology can help convert your restocking woes into a competitive advantage. To try our inventory system for FBA merchants, click here for a 14-day trial. 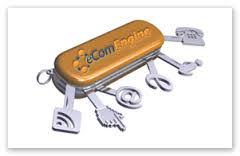