Did You Know? Amazon Promised a Seller – No More Suspensions or Bans?

Amazon Promised a Seller – No More Suspensions or Bans 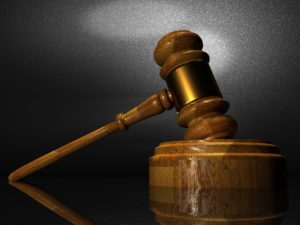 In a California case, an Amazon third party reseller sued Amazon because Amazon was using the Seller’s trademark.

While the marketplace reseller had to go to court, Amazon eventually settled with the reseller. The reseller sued for trademark infringement, unfair competition, and false advertising.

In this case, an Amazon reseller sued Amazon for using the reseller’s mark in Amazon’s online pay per click ad campaigns. Amazon also used the Seller’s trademark in its promotions on various search engines.

Amazon failed to obtain the reseller’s permission to use the marketplace seller’s trademark.

The claims included that Amazon was, in effect, stealing customers.

We are unaware if Amazon issued any policy violations, suspensions or bans. However, since Amazon agreed to reinstate selling privileges, we think that there must have been suspensions of the Seller’s account. If there was a suspension, there was probably at least one hold placed on the reseller’s account and their money withheld and period of time where the seller’s revenue and profits went to zero.

We do not know if the resellers submitted any Plan of Action or admitted to any Amazon policy violations.

What did Amazon give to the reseller to settle this case against them?

What does this case tell us?

If Amazon uses your trademark, you can end up with a settlement that is useful: a future with no suspensions or bans.

If you are interested in what Amazon has argued in hundreds of lawsuits around the United States, AmazonSellersLawyer.com has published the Amazon Law Library, Volume 1. The book is available on Amazon.