Inside Information: What Amazon Wants in Your Appeal

How to Write an Amazon Appeal Plan That Works 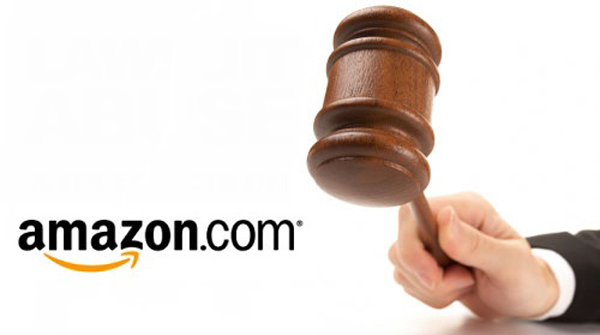 Inside information from Amazon has been revealed, and it is not pretty.

According to inside information, many of our Plans of Action are reviewed in Amazon’s offices in India. Amazon has at least two offices in India: Hyderabad and Bangalore and they are reading and making decisions that affect your livelihood. Our inside information is obtained via speaking with former Amazon staff from India and the United States. We aslso obtain information about how Amazon treats suspended Amazon Sellers and Amazon Plans of Action, Amazon Appeals and Amazon Bezos Escalations by cross examining Amazon’s witnesses at arbitrations.

CJ Rosenbaum, of Rosenbaum Famularo, P.C., states, “while we encourage sellers to keep invoices and maintain documents verifying the authenticity of their claims…where Amazon Sellers source their products…the Plans of Action, Appeals and Bezos Escalations that suspended Amazon Sellers submit to Amazon should be concise and persuasive, as the people reviewing it have a limited time to do so. Through my cross examination of numerous witnesses produced by Amazon during arbitration hearings, I am very confident that Amazon’s staff that reads Plans of Action, Appeals and Bezos Escalations are under quotas and time constraints. Suspended Amazon Sellers need to give Amazon’s Seller Support people what they need in a matter that they can reinstate suspended Amazon accounts quickly.”

We have developed relationships with people currently and formerly employed by Amazon in their India offices.  Through our relationships and interviews, we obtain vital information.

If your Amazon account was suspended, you might think that your Amazon Plan of Action Appeal or Bezos Escalation should be a long essay about all the reasons why your Amazon Seller’s account should be reinstated. You probably have tried to persuade them into reinstating you by including superfluous information in your Plan of Action, Appeal or Escalation. Informing Amazon about your prior great metrics to demonstrate that you ran a successful business is likely not going to result in a persuasive or effective Plan of Action, Appeal or Bezos Escalation. According to our inside source, drawn out POA’s are waste of your time.

“Amazon does not care” is how one of our connections described long explanations that often included in suspended Sellers Plans of Action.

What does Amazon care about when its staff reads Plans of Action or Appeals? Amazon’s Seller Support and Product Quality staff care about you describing how you fixed the issue: put it in your Plan of Action or Appeal. Our Amazon India insider revealed that your POA should only answer what Amazon’s email requested. Nothing more.  This is different than what has been common belief. Amazon Plans of Action need to be more concise and persuasive than ever before. Your Amazon Appeal must persuade if you want to be reinstated.

Previously, it was believed that you should address major issues with your account even if Amazon did not ask about other issues. This is no longer true. Make your Plan of Action or Appeal as concise as possible.

Per our Indian informant, the old Amazon suspension books and information written years ago are no longer accurate.  Since there are new people reading every Amazon Plan of Action and Appeal, you should use new tactics for reinstatement.

If you are relying on information from people claiming they know what goes on in Seattle, the people they are relying on are thousands of miles away from the people actually reading a significant percentage of your Amazon Plans of Action and Appeals.

The staff at Amazon India will tell you your specific ASINs that have the issue and will demand you determine why this issue happened, how you fixed the problem, and how you will prevent this problem from occurring again in the future.  The notices from Amazon are much more specific today than they have ever been before.

Our inside informant stated that Amazon does not want a long, dragged out paragraphs.  POAs should include concise points that answer the specific demands. That’s it.

Why Are Amazon Appeal Plans Viewed Differently in India?

According to our inside source, the high-volume of POAs being sent cause a delay in your response time. The full time for your account to be reviewed could take anywhere from three days to a week, varying on the amount of reviews that need to be processed.

If the team analyzing your POA has to sit down, and try to decipher the complicated, unorganized language in your POA, it will take longer. They will struggle to see if you actually understood why you were suspended and how you corrected the problem. However, if you leave out information, they will request for more in your next POA. This takes time and it costs you money in lost revenue.

When writing a Plan of Action, keep it simple, short, and to the point.

Remember, if your information on how to draft POAs comes from experience in Seattle, that experience has limited value when dealing with an Amazon appeal plan being read by people in India.