Numbers of FBA & Non-FBA Sellers On The Rise 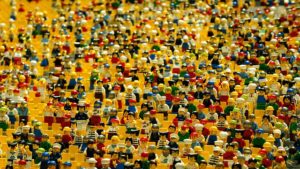 With the number of Fulfillment by Amazon (FBA) and Seller Fulfilled Prime sellers rising faster than ever before, competition for customers is becoming fierce. This holds especially true during the busy holiday shopping season.

However, competition from within Amazon itself isn’t the threat it used to be for FBA and non-FBA sellers. Peter Faricy, VP for Amazon Marketplace confirms that “50 percent of the total units sold on Amazon are from sellers,” which proves that the increase in independent retailers using Amazon’s platform account for most of the competition within Amazon.com.

With this bump in Amazon retailers, there are a few things that all FBA and non-FBA sellers need to be aware of to avoid Amazon suspension and strategically place themselves ahead of the competition. But first, here are some of the differences between the sellers on Amazon.

FBA sellers are retailers whose orders are fulfilled by Amazon itself. Their products are held and shipped from Amazon facilities and are subject to the high standards for Amazon Prime and other Amazon programs.

Pros of being an FBA seller are that you’re integrated into Amazon’s system for streamlined fulfillment and returns, as well as the fact that FBA sellers are generally more stable in the long run. Since you’re already held to Amazon’s highest standards, most policy changes will likely affect you less than other sellers.

There are some cons. FBA sellers are at the mercy of Amazon itself, so you’re the first ones affected by changes made to their programs. Also, in exchange for a more streamlined fulfillment, Amazon takes a portion of your order total.

Seller-Fulfilled Prime sellers are independent sellers that handle and fulfill their own orders, but also offer Prime shipping services, which is a huge value proposition for many (if not most) Amazon customers. In fact, most Amazon customers look for Prime deals while filtering through search results.

Pros are that you can remain a non-FBA seller, giving yourself more control over fulfillment and shipping. That also means that you are responsible for upholding Amazon’s standards without relying on them to fulfill or ship your orders.

Still, not everyone is eligible for this program, and while it’s been generally successful since launching in mid-2015, time will tell if this seller experiment proves fruitful for those who are participating.

Third-Party sellers are Amazon retailers who advertise, sell, and fulfill orders like any other ecommerce company, but using the Amazon platform. They generally dictate their own lead and shipping times and return policies (although recent changes aimed at non-FBA sellers are holding third party retailers to much stricter return policies.)

Benefits include the fact that you have sole control over your entire operation, including whether or not you choose to dropship your goods. That control comes with risks though, especially if you dropship. You have to put a lot of trust in who is fulfilling your orders, and not every non-FBA seller is equipped to deal with that level of oversight. However, many are and prefer to maintain control as a third party retailer on Amazon.

Third party sellers still pay a fee for the privilege of selling on Amazon; however, it’s less than what FBA sellers are charged.

While there are some major differences between these types of Amazon seller accounts, there also happens to be quite a bit of overlap as well.

Optimizing your content is a crucial step for all Amazon retailers who hope to find success on the platform. With the number of sellers rising and competition increasing, keeping a sharp eye on your product listings to make sure they’re fully optimized continues to be important.

Additionally, both FBA and non-FBA sellers alike can benefit from account monitoring and unique Amazon appeals processes, especially during the busy holiday shopping season when an Amazon suspension could prove disastrous.

If you do find yourself facing an Amazon suspension, our expert legal team has the best track record in the industry when it comes to helping people fight for reinstatement. Get the help you need now by emailing us at CJ@AmazonSellersLawyer.com or calling 1-877-9-SELLER.