“As far as we are aware, there were no subpoenas or court orders requiring Amazon to release the information about Amazon Sellers. It seems that Amazon just handed over Amazon Sellers private information on a silver platter to the State of Massachusetts.”

Amazon’s conduct in Massachusetts seems different than what Amazon did in Washington State. In Washington, Amazon is collecting state sales tax itself.

“Amazon, unlike a large percentage of Amazon Sellers, has the capability to collect and turn over sales taxes. Amazon is clearly making enough money from the third party sellers and it seems that it should cover this needed role” said CJ.

In Washington State, site of Amazon’s headquarters, they are handling Amazon sellers sales tax collection in a way that is better for Amazon Sellers.

Marketplace Tax Collection, the new service, will automatically “calculate, collect, and remit” sales tax for third-party merchants selling products to customers in certain states, Amazon said. Washington will be first because the state passed a law that goes into effect on Jan. 1, requiring all online marketplaces — like Amazon — to collect sales tax on behalf of its third-party sellers. 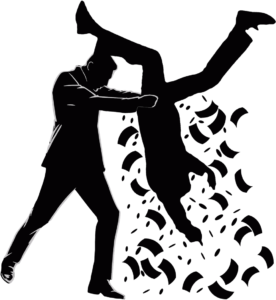 While nobody knows for sure why Amazon has taken different collecting approaches in different states, Washington’s laws protecting sellers seems to be a potential reason for the difference.

Massachusetts, however, doesn’t have any existing laws requiring Amazon to take action. And if successful, other states that don’t have similar laws in place will certainly look for ways to follow suit as it’s easier to target individual sellers than a big company like Amazon.

As of right now, approximately half of the states in the country have asserted themselves and they want their sales tax revenue. For Amazon Sellers, there will certainly be ramifications when it comes to the Amazon Sellers’ ability to market their products to customers. The Amazon sellers sales tax issue will force sellers to tag their items with higher prices, which will make them less competitive with Amazon itself and with other online sellers who are not collecting sales taxes within or outside of Amazon.

Amazon and Amazon Sellers are in a difficult position. According to Statista, exactly half of Amazon’s profits in the third quarter of 2017 came from third-party sellers. That reflects a pretty consistent trend for Amazon. Since the second quarter of 2013, Amazon has had at least 40% of its profits come from third-party sales. Amazon’s profit margins go hand-in-hand with those of their small and large Amazon sellers. It’s in their best interests to retain those sellers and try to help them in this potential crisis. But, as with many issues, Amazon doesn’t seem to cater to its Amazon Sellers.

Anders will be earning his degree in journalism from Hofstra in the fall and has five years of professional journalism experience. He has written for numerous online and print publications including SB Nation and The Hofstra Chronicle.