The growth in intellectual property rights complaints being asserted by Amazon, not by the brands. When you receive one of these notices, Amazon does not give you the email or the identification of the complainant. It merely lets you know that it believes you are selling counterfeit products on a particular listing.

We believe that Amazon is doing one of two things, either Amazon is actively engaged in creating a scenario where they can make more deals with brands and become more of a brand-centric company, or Amazon has already made deals at these brands and they’re trying to shut sellers down without the brand’s interaction. Either way, this does not bode well for Amazon sellers selling other branded products.

There is also a continuing increase in the number of intellectual property rights complaints being asserted by the brands themselves. Some IP complaints are started by Amazon, others continue to be made by the brands. What you need to know is how easy it is for brands to actually make a complaint on Amazon. Unlike the VeRO system on eBay, and even unlike on Alibaba, brands do not need to prove anything at all in order to assert an intellectual property right complaint against a third-party seller.

This is a terrible system and we’re hoping that Amazon improves it. We have heard rumors that Amazon is actually going to train their people in India more about evaluating when complaints have some merit and when complaints are clearly baseless, but the number of brands that are making complaints on Amazon continues to increase every week.

On the positive side of this news story for Amazon Sellers’ News 9/25/19, it has become easier than ever, because as brands create more baseless complaints, they are more attuned to withdrawing those complaints when somebody stands up to them. Also, Amazon’s Notice Dispute team, and even their Seller Support and Seller Performance teams, have also been more receptive than ever at reinstating listings and reinstating accounts when the IP complaints by brands are entirely baseless.

Now, counterfeit complaints are different than other types of intellectual property rights complaints. Why are they different? Because when you’re being accused of selling counterfeit products, you’re being accused of committing a crime that subjects you to jail. What does that do? That opens up the brand to two different civil lawsuits against them, defamation and intentional interference with your contract with Amazon.

I don’t want any Amazon seller running to the courthouse and filing a lawsuit. What I do want Amazon sellers to know is that you can use these two civil causes of action against those brands who clearly made baseless counterfeit complaints to get those complaints withdrawn.

Again, you can also use those to argue to Amazon that you didn’t violate anybody’s intellectual property rights because you never delivered even a single counterfeit product. This is a big argument that drop shippers use when they never delivered any products at all. 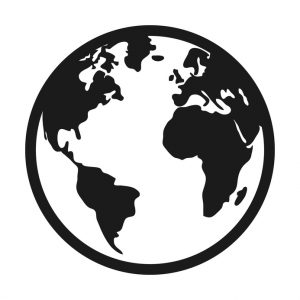