A Race to the Top for Amazon Sellers 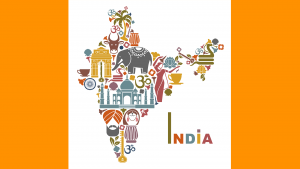 Amazon is no stranger to the international e-commerce marketplace, dominating the industry with platforms based in the United States, Canada, Mexico, and Japan. However, even with all this international success, when Amazon entered the Chinese marketplace in 2004, they were not welcomed with open arms. Alibaba, a Chinese based e-commerce platform, maintained its dominance and greatly limited Amazon’s success.

When Amazon entered India, they needed to avoid past mistakes. Amazon CEO Jeff Bezos knew that if they wanted to overtake Indian based competitors, Flipkart and Snapdeal, he would have to throw out his old game plan and step up to the plate with something new.

Bezos decided to invest in the country of India itself, not just the Indian Amazon platform.

Not only is he educating citizens and business owners about how Amazon and e-commerce can benefit them on a personal and business level, Bezos is also pouring billions of dollars into developing the country’s infrastructure and providing internet access in areas where it previously seemed impossible.

Although Amazon is slowly taking the lead in India’s e-commerce platforms, that dominance is not coming cheap. On December 19, 2016, the India Times reported that Amazon had made its single largest capital investment into Amazon India during the month of November, as a part of its latest efforts to overtake the competition: 2,010 crore rupees (roughly $295 million USD) spent on customer focused investments.

Although Amazon India is taking a monetary loss every month they are in operation, billions of dollars are continuing to pour into the platform. In an effort to gather a larger customer base for the holiday season, Amazon India offered sale and promotions that provided heavy discounts to their customers. Discounts so heavy, that the platform lost 1,000 crore rupees (roughly $147 billion USD) to facilitate this promotion. Even in the months where no promotions are running, the platform is still losing 600 crore rupees (roughly $88 million USD) each month. This is not a setback for Jeff Bezos, whom is planning on continuing to pour money into this platform to knock out the competition.

Initially, the investments in India focused on building warehouses and developing the infrastructure of the country to facilitate Amazon’s success in areas that previously would not have had access to the internet. Now that the platform is established, the focus has been shifted towards attracting as many customers as possible from the massive population of India.

Per the India Times, Amazon plans to “invest what it takes to become the customers’ preferred choice in India”.

Despite the massive losses faced by the platform, the outlook is still optimistic: overall revenue is increasing. Over the last fiscal year, Amazon reported a rise in revenue of over 100 percent. Now, experts are saying that if competitors, like Flipkart and Snapdeal, want to stay in the race for dominance, they will need to start building investment capital as well.

What has all this money & effort accomplished for the customer base in India?

For starters, Amazon is aggressively spending to bring the Amazon services we all know and love into India as well. For instance, Amazon Prime services, like two-day free shipping, early access to sales, and even a video streaming service, have all been made available to Amazon India’s users.

The AmazonNow app has also been launched in both Delhi and Mumbai, allowing users to shop for everyday essentials from a list of local vendors, and delivery is guaranteed within two hours. Amazon has also implemented a digital wallet feature that allows users to pay for goods on the Amazon platform and receive refunds faster than most online bank transfers. The digital wallet was introduced to combat the problems faced by India with the recent demonetization of the 500 and 1000 rupee bills.

While Flipkart is still in the lead, Amazon is steadily approaching and seems to have no plans of slowing down in the near future. Despite the ongoing dominance of Flipkart, Amazon’s resilience seems to be paying off. Only time will tell if Amazon’s efforts will pay off.