Amazon launched a new section of its online marketplace Monday that is sure to be a welcome addition for the large collection of small business sellers on the site.

Amazon Storefronts is a sub-section of Amazon’s website that is stocked completely with small business products. The new addition to the site has nearly 20,000 small businesses on the website already, offering millions of products, according to Amazon.

The idea, at its surface, is a good feature for companies with a small employee base or for third-party sellers, many of which are small businesses. But is it enough?

A Look at the Storefronts Page 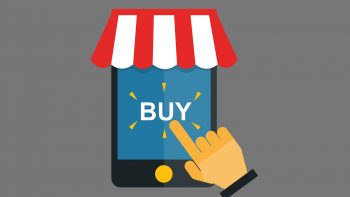 A quick dip into the website shows that it is wall-to-wall with random products featured by the company. But navigation isn’t so hard, with many different categories ranging from travel to kitchen products. They also say they will be highlighting seasonal options, with a Halloween category featured prominently on the page right now.

Beyond that, the current home page of Storefronts also has curations of different kinds of small businesses for those seeking to support companies that are owned by women, or family-focused, or those based around artisans.

If the array of choices seems more scarce than you expected, Storefronts is only featuring a select amount of businesses for its launch, but it’s due to expand further, according to Business News Daily. According to the site, over 300,000 new small businesses started selling on Amazon just within the last year. So the options are due to become even more massive in time. When or how that will happen is yet to be seen.

Another feature that is aimed at giving small businesses a boost is the “Storefront of the Week” section. There, Amazon will feature different sellers, putting a huge audience on their products, while also creating videos and a Q&A that asks owners why they love what they do.

Amazon is clearly putting a lot behind the human element of buying from small sellers.

We will see how much this helps small sellers, but it certainly can’t hurt.

Amazon is definitely putting a lot of resources into pushing small businesses with this project.

The massive company plans to air its first-ever nationally televised advertisement to highlight Storefronts, according to CNBC. Sure, fronting the cost of airing such a commercial is nothing to Amazon, but it’s a milestone for the company nonetheless.

But many tech news outlets have already panned the feature as an attempt to erase the mindset that Amazon has killed many small businesses and different brick-and-mortar stores.

Some of the negative reaction comes from simply being a billion-dollar giant trying to prop up small sellers that grind to make a profit in the first place. It can easily be seen as a PR move to improve relations with those companies that feel online shopping is doing them in. Many might reluctantly jump onto Amazon to turn extra profits in the first place.

Amazon has their mind made up — they published their Small Business Report earlier this year that says that selling on Amazon has created nearly one million small/medium-sized business jobs. Whether you believe that or not, Amazon certainly gives the ability to make a living off the site for those who can turn consistent profits. The site also claims half of Amazon’s sales come from these smaller companies.

But some of the uproar has come from the rollout of Storefronts itself. One of the first companies featured, and is set to be shown off in the aforementioned TV, is the Little Flower Soap Company, based out of Michigan. It’s a cute “small business” that sells soap, candles and more. The Detroit Free Press published a profile on the company that started selling on Amazon just two years ago – a hobby for a couple that has now turned into a profitable business with a handful of employees.

The perfect company to show off right? Well yes, but when one digs deeper into storefront, products that don’t fit the mold of what you’d see at a tiny store on Main Street are for sale — according to The Verge, WiFi routers, books, phones and other tech products.

Some write-ups say this new feature takes swipes at Etsy. Shopify has taken a swipe of their own. The site’s CEO Tobi Lutke called it a “trap” and said “Amazon’s worldview is that merchants don’t matter. Factories and consumers matter.” The list goes on.

Criticism of the new feature comes with the territory of being Amazon and standing far above all other selling platforms. There can be warranted criticism of the current form of Amazon’s go at helping small businesses, but others note that the online marketplace will always be seen as a scapegoat for blame, whether they’re trying to help (introducing something like Storefronts) or not (opening more Amazon Go stores nationwide).

At this point, Amazon has established dominance in the selling market, and it isn’t going to slow down anytime soon. So whether you feel like something like Storefronts is too little too late, or is missing the mark, it is at least an attempt at giving smaller companies some shine. And it gives buyers the opportunity to specifically “shop small” by heading to that page when they go online shopping. Time will tell if sellers on the platform notice some changes in their bottom lines.

Kyle Kandetzki is a freelance writer and broadcaster. He graduated from Hofstra University in 2017 with a degree in journalism. He was active in the media atmosphere at the Long Island school as an editor for the school’s newspaper and an on-air personality at 88.7 FM WRHU.