Amazon sellers around the world – Amazon is instituting a new contract (Business Solutions Agreement) between you and Amazon.

What Sellers Need To Know 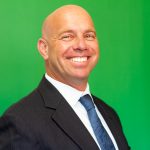 CJ Rosenbaum:  They are imposing a new agreement upon you and there are significant changes to that agreement. Some are going to be super helpful and really good for sellers. It’s going to let us write better plans of action and better appeals for you.

Other provisions are absolutely awful for sellers, and there’s a couple of things you need to know. One, there a significant changes. Number two, if you’re writing a plan of action yourself or you’re having someone else write it for you, they must know this contract inside and out. They must be able to interpret it. They must understand the legal terms or you are paying for something that you’re not getting. So I highly recommend you use us if you’re going to pay anybody to write a plan of action. But if it’s not us, it has to be a lawyer who understands the legal terminology and the effect of these provisions.

So that’s the introduction to the new Amazon Business Solutions Agreement and to get started, most sellers don’t even know that this document exists. Most sellers thinks it’s a term of service with a participation agreement and it’s not. It is this contract that governs your relationship with Amazon and it is incredibly one-sided, and we’re going to get right into the substance of it.

At the beginning of any contract, there are usually general terms and Amazon has followed suit, so I’m here with Travis Stockman. He is the managing attorney at the firm for litigation. If you get sued by a brand or you need to start a lawsuit, Travis is your man and he is just fantastic. He’s what we call our a ‘law man’ around here. So Travis, let’s talk about the first few lines. What are your thoughts on just that first couple of lines in this contract?

Travis Stockman:  You look at the name Amazon Business Solutions and you wouldn’t think, directly, this is a contract which you’re going to engage in with Amazon, which is going to hold you to some legal responsibilities.

CJ Rosenbaum:  But it entirely does and the first three lines addresses selling on Amazon and fulfillment by Amazon. Third party vendors who are accessing Amazon at sellers’ request through the API, they’re under this agreement also, even though they’re not signing it. What are your thoughts, Travis? What are your thoughts on Amazon taking this agreement and including vendors and service providers under this contract?

Travis Stockman:  First off, you would think that those third party services, those vendors would need to be participatory in this agreement. But if they’re not signature to this agreement, it’s kind of interesting that this would extend its reach to them or at least make an attempt to extend that reach.

CJ Rosenbaum:  So right off the bat, Amazon is trying to reach out and encompass companies who don’t sign this agreement because they are working on your behalf. That’s why you have to watch every one of these videos on our update for the entire contract.

The second paragraph is the same as the old Amazon Business Solutions Agreement and it says basically that by using Amazon services in any way, you are agreeing that this is the agreement. There are no changes and if Amazon updates it, you are responsible for those updates. There’s no ability to negotiate. It is purely a contract of adhesion, which means you take it or leave it.

Travis Stockman:  So what they added into the third paragraph was that the general terms take precedent over any other prior terms or service terms or general.

CJ Rosenbaum:  So what that means is that if you sent $100,000 of inventory to Amazon the day before this contract was issued, that $100,000 in inventory is now subject to this agreement. And that doesn’t really seem fair. But in your prior contract, Amazon said that you’re responsible and you’re liable and you’re subject to whatever changes that Amazon wants to make. Also, what I like here is that there’s a conflict. It specifically identifies that if there is a conflict, what’s going to govern. How do you think we’re going to use that to help sellers?

Travis Stockman:  So when you enter into a contract, one thing courts look to to uphold the validity of a contract is whether there was a manifestation of mutual intent, whether both parties truly intended to enter into this agreement and when they did so, they fully understood the terms of the agreement. By creating inconsistencies, it’s difficult. It’s difficult in the first place for sellers to understand the general terms of service, but to now deal and understand with the terms of service when there’s several inconsistencies, you don’t know which one takes precedent, which one applies, it creates a little ambiguity. When there’s ambiguity, sellers aren’t clear about what terms and what policies they’re expected to follow.

CJ Rosenbaum:  I think this is both good and bad for sellers. It’s bad for sellers because Amazon can ding you and suspend you under one provision that conflicts with another one that you’re in compliance. But when it comes to your plan of action, you could argue that your in compliance with the portion that you are complying with and show Amazon staff that you did a deep dive, you looked at the contract, and argue what works.

If it comes back with an argument of something else or some other infraction, you could even in a supplemental plan of action point out that you identified both provisions, you complied with one, but as it changed to your business, you’re now going to try and comply with both, which is going to be difficult. So that is one of the things that was good for sellers that you have a lot of arguments to make. It’s also bad because you just don’t know what the governing information’s going to be. What are your thoughts about how the new Amazon Business Solutions Agreement right here says that the general terms will govern instead of the other 46 pages?

Travis Stockman:  I think it’s interesting. It sets that these new changes are going to take precedent over anything else in the agreement and it even creates not just inconsistencies with the prior terms of service, it creates inconsistencies within the new entire contract itself.

CJ Rosenbaum:  That’s right sellers. So there are inconsistencies between this contract and the old contract, when you shipped your stuff to FBA, when you started selling, when Amazon starts holding your money. There’s also we call internal inconsistency, which means right in the same contract, right in this document, there are conflicting terms. And what it says in the general terms is that in these three paragraphs, in this first less than half a page, if it’s different there than in the other 46 or so pages, these three paragraphs are going to rule. That just doesn’t make any sense.

That is the general terms of the new Amazon Business Solutions Agreement. That is just the first three paragraphs of what you need to know. We’re going to break down these videos literally paragraph by paragraph to provide sellers the information they need to know.

If you have any questions / concerns about the new Amazon Business Solutions Agreement, call us for a free consultation: 1-877-9-SELLER.