Amazon has made some recent moves to dip into the brick-and-mortar territory of sales.

What have they done and what do these moves mean for the online giant? 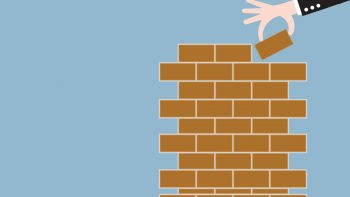 Amazon announced that it is planning to open as many as 3,000 cashierless brick-and-mortar stores by 2021. The stores are called Amazon Go and already have locations open for business in Seattle and Chicago.

The stores are meant to be convenient and promise no lines for customers who just want to come in, grab a product, and leave.

According to CNBC, “The existing Amazon Go stores primarily sell grab-and-go food items such as prepared sandwiches, salads, yogurt, and granola bars. Amazon has also experimented with selling meal kits in some locations.”

Amazon Go is rapidly expanding, with the company hoping to open 10 stores by the end of the year and have 50 operating by the end of 2019. The exponential rise in from 50 to 3,000 by just 2021 shows that Amazon is ready to pour a lot of resources into ensuring its continued growth.

Amazon Go is just the latest example of the company’s foray into the food business. Amazon’s purchase of Whole Foods opened the door for Amazon to make a dent in this market, and the cashier-free stores are another way that Amazon can take a bite out of the produce industry.

While there aren’t many third party sellers this would affect, some distributors on Amazon might be appalled that the company would move to an in-person approach when Amazon has made most of its living by selling products online. By itself, Amazon Go doesn’t really represent a shift in Amazon’s business model, but this isn’t the only recent development that shows Amazon moving to more of a personal touch.

Amazon opened a new in-person store in New York City called “Amazon 4-Star.” To no surprise, the store will sell items which have earned four or five star reviews on Amazon’s online marketplace. Products in the store will constantly shift with the times and trends, including a “Trending in NYC” section that is specifically targeted towards items that are popular at the time.

Unsurprisingly, Amazon will also sell many of its popular electronic products such as Alexa assistant gear.

The store will feature prices for regular members and Prime members for all of its products, allowing walk-in shoppers to see how the prices compare to where they might see the product online.

The first store will open in New York City’s SoHo district and is expected to stay there indefinitely. The store will feature a wide array of products, including “a mini skillet, card games and many of the company’s own electronic devices including the Echo Spot and Fire TV Stick,” according to CNBC.

The store is also expected to be very interactive and should represent many aspects of the online shopping experience, for example, “the average star rating and how many ratings a product has received, similar to what shoppers can see on the website today,” per CNBC.

What Does This Mean for Amazon & Its Sellers?

Amazon has started down this road of putting stock into brick-and-mortar stores. There’s no reason to believe they would reverse this trend, especially given the news that they plan to open 3,000 of these cashier-free stores within the next few years.

Amazon’s stated intention with these stores, such as with Amazon 4-Star, is to attract a customer base that otherwise might not be interested in online shopping. That’s a noble goal; according to Business Insider earlier this year, just 10% of worldwide sales are through e-commerce. However, Amazon’s customer base is already notably massive.

New Amazon customers would obviously be a plus for its seller base. The continuously-growing company has always been good at finding new ways to attract people to its business. However, there’s also the variable that these brick-and-mortar stores could displace some customers that mostly shopped online. If someone who had been a prolific online shopper knew that they could get the same products just down the road for the same prices, and that they wouldn’t have to wait multiple days for the delivery, they might be inclined to go that route.

This potentially negative impact wouldn’t take effect for many years, considering there are only a few of these Amazon in-person stores around the country right now. But once they start popping up with regularity, it could create a minor shift in the customer experience.

Whether for better or for worse, Amazon will be dedicating millions of dollars towards these new brick-and-mortar stores. Amazon has already created its own bookstores of this ilk in the past, and now with Whole Foods in tow in addition to these new developments, it looks like the company is going to dig deeper until it can get a foothold in every market that it can. What that means for online sellers remains to be seen, but it will be something worth monitoring going forward. 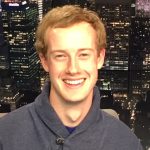 Anders is a content creator for Rosenbaum Famularo, P.C., the law firm behind AmazonSellersLawyer.com.