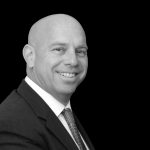 It is awesome seeing you, Gary. I’m so glad that you are healthy and well. Whoever’s watching this, this is Gary Huang. He’s a tremendous business person. Born and raised in LA, back to China.. Gary, why don’t you tell your life story. Tell us how you got to where you are. 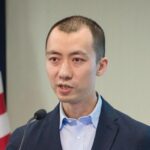 First off, thanks so much for having me on, CJ. I’m a big follower of all the stuff that you’re doing. I think you’re a valuable wealth of knowledge, especially for Amazon sellers dealing with suspensions. I think this is a great way for us to connect and put our minds together to help out a lot of the sellers watching today.

I’m not going to give you my whole life story. I don’t want to put everyone to sleep, but the 80/20 of it is, basically, I like to say that I was made in the USA and I was exported to China. I went to school at USC. My family is originally from mainland China. I’m second generation Chinese-American. Then in 2008, I picked up and moved out to Shanghai because the financial crisis was hitting the states. At the same time, China was booming. They had the Olympics. I really wanted to make a career for myself in China. So I stumbled upon a small consulting firm that was helping foreign clients source from China, so I became the point guy with sourcing. I was visiting Chinese factories, I was managing multi-million dollar sourcing campaigns, so I really learned the good, the bad and the ugly sides of this whole China source.

Later on, I had worked there for several years. I hit a glass ceiling. I got married. Thought to myself, what’s next? So, I decided to start selling on Amazon because I was in a unique position. I knew the US market, and at the same time, I was on the ground in China. So I started selling on Amazon, had some success there. Then I also created a website to teach others how to source from China. So I called it 80/20 Sourcing because out of all the suppliers out there, probably 80% are not the right fit for you, so I help people find the 20% to save time and money, basically.

In terms of manufacturing? Probably when I was helping one of my clients that was sourcing these car parts. They’re rubber and metal between two parts to prevent the oil from leaking. We did a whole roadshow from the north to the south of China. I took him to probably a dozen factories, so we saw very high-tech, very clean factories, automation, to a backyard home operation, and then the factory warehouse. It was literally almost in smoke, just the smell of the rubber. I felt really bad for the workers on the floor because they’re working in this environment. They didn’t have any PPE or any protection at all. They had the window open. So stuff like that. There’s other things, but I just felt sorry for the workers, just in terms of that. That was probably one of the ugliest things that I saw.

And then you said you started with the 80/20 Sourcing, which you’re still doing. You also then pivoted into the 7 Figure Sellers Summit, which we’re going to talk about a bit..

For other webinars with CJ Rosenbaum: