What Do Antitrust Laws Do?

Antitrust laws outline the types of unlawful business mergers and unlawful business practices in general terms, and give the courts discretion to decide whether the conduct of each case is illegal based on each cases individual facts. Antitrust Laws serve a number of fundamental purposes: they protect the competitive process, consumer welfare, and total welfare. It battles behavior that reduce both competition and consumer welfare. The court can dismiss an antitrust claim if the moving party does not provide evidence of the violations or of suffering and injury as a result. 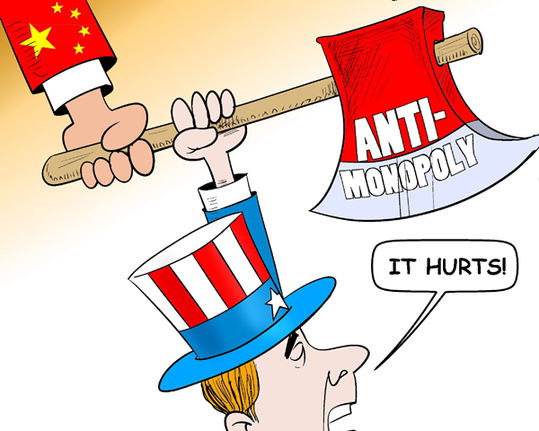 In Bookhouse of Stuyvesant Plaza Inc. v. Amazon.com1, Amazon was accused of antitrust violations due to the nature of its Kindle, e-book reader. The software used on the Kindle only allowed books to be downloaded from Amazon if the user wanted to read the book on the kindle.

The court found that plaintiff failed to show that there was a significant difference in the market for e-books versus traditional print books. We will also see that in Gerlinger v. Amazon.com2, the plaintiff did not state the ways in which Amazon violated antitrust laws or show any harm suffered. There was also no actual evidence of injury provided by the plaintiff for the antitrust claim or the unfair competition claim, which resulted in the case being dismissed. Similarly, in Joseph v. Amazon.com, Inc.3 the plaintiff failed to allege that Amazon made continuing violations or that Amazon coerced a business arrangement to support their action.

This case involved an anti-trust claim against Amazon. Book publishers had brought suit because per Amazon’s e-book platform, if a consumer owns a Kindle and wants to read an e-book on the Kindle that was published by any of the publishers in this action, then they must buy the book from Amazon. The court granted the Defendants’ Motion to Dismiss, as they determined that the plaintiff’s complaint failed to state a plausible claim.

In this case plaintiffs brought suit against Amazon, claiming anti-trust violations under the Sherman Act. Plaintiffs claimed a violation exists because if a consumer who owns a Kindle e-reader wishes to purchase an e-book produced by one of the plaintiff publishers, then that consumer must purchase the e-book from Amazon. The court denies Amazon’s motion to dismiss because it found that plaintiff had made a plausible claim for relief.

This is a case involving the defendant Apple Inc.’s motion to dismiss for failure to state a claim. Plaintiff was a former Amazon seller who was removed because Apple claimed plaintiff was selling counterfeit Apple products on the Amazon platform. Apple’s motion to dismiss was granted because plaintiffs could not show that Apple’s letter demanding the the cease and desist of the infringing product sales was unfounded.

Plaintiff-publishing company could not bring anti-trust claim as the statute of limitations had passed on the alleged “tying” committed by Amazon.

In this case, plaintiff Amazon seller was suing Amazon.com, in New jersey, for trademark infringement, anti-trust violations, and unfair business practices because Amazon allowed other sellers to sell similar products to those of plaintiff. All sellers using the Amazon platform are subject to Amazon’s terms of use, which contains a forum selection clause requiring litigation in a Washington court. The court ordered a venue transfer to Washington because it found that there were no public or local interests weighing strongly against the transfer.